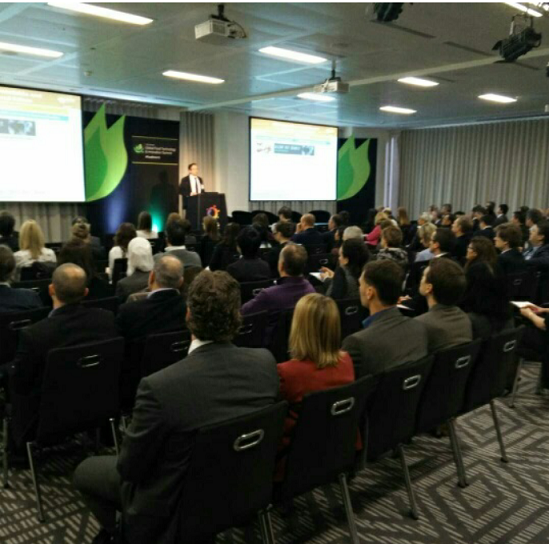 Insidethefood -Javier Gines- was invited to the annual global food technology and innovation summit in London taking place the 2-3 of March 2015.
This congress attracts once a year the leaders, managers and directors of food & beberage companies around the globe. Some of the attendants came as far as New Zealand, representing in this case Fonterra (Dairy global leader) or from neighbor countries as the Unilever research center Vlaardingen in the Netherlands. Denmark was partially represented by the vice president of R&D of AAK (AarhusKarlshamn), and of course, by Javier Gines, proudly wearing the batch of Aarhus University.
The presentations were brought by the hand of diverse speakers as the Head of Global R&D of Nestlé, the Global category manager of Coca&Cola, Innovation director from Kellogs, representatives from the European Commission, and even the world-renowned Chef Andoni Luis Aduriz from the Mugaritz Restaurant.
There were 150 attendands from the ingredients, R&D, new product development and related fields of the food industry. Most of them came for first time with the purpose of taking new insights and clients back to their countries. Therefore networking meetings were organized along the summit, where business talks could be felt between the the delegates of the companies. Chocolate company + Liquor company - maybe a new chocolate liquor will be soon in the market? Delicious.
The agenda
The agenda was full of exciting conferences, divided in three streams - innovation, research, or market insight- Due to this division some conferences were scheduled on parallel and depending on your preferences, one of the three streams had to be chosen. - Now I want to hear you, What would you choose? the relation of nutrition and taste from Kelco, or the use of oils to innovate in the confectionery industry from AAK? Personally I had a hard time choosing!
But not only the big companies had a place in this congress, I got to know companies as Hampton Creek, a startup worried about the environmental and economic cost of using eggs in mayonnaise, they are investigating on a plant solution that gives the same viscosity properties as eggs, using it as a replacement to this expensive raw material. His idea was one of the best of the day. And actually they got one of the big companies of the summit interested in their progress so far. It smells success here!
Along the day many cases where presented, from developing cost effective processes, to the effects of emerging economies on the global food distribution (Someone wants to read the China post I made a few weeks ago...?)
Discussions about the current status of EFSA (European Food Safety association) claims on novel foods received a lot of questions, as the market in strongly influenced by the health claims in the packaging.
Innovation at all levels
An innovation showcase was presented in order to choose the most innovative product.
Pylopass presented their probiotics blend to control H.Pylori, and several reduced sodium salt firms made their appearance in the congress. Looks like the battle field for the most innovative showcase got its pinch of salt!
In my opinion the most remarkable presentations where the presentations from Iglo, which showed the change on trend in respect to frozen foods, as a sustainable way to reduce food waste, and OneGrain, who brought a new salt with less sodium, maintaining the flavour, this means, you can stop worrying about how much salt contains the food, as it won't raise your blood pressure as much as common salt.
The future of protein is ...
If one theme was the star of the summit, let's give the throne to Plant Proteins.
Plant protein and convenience, plant protein and taste, plant protein and actual processing capabilities. Plant protein- and all the questions you imagine.
Products presented included beverages, as coco-water with protein and diverse meat replacements. 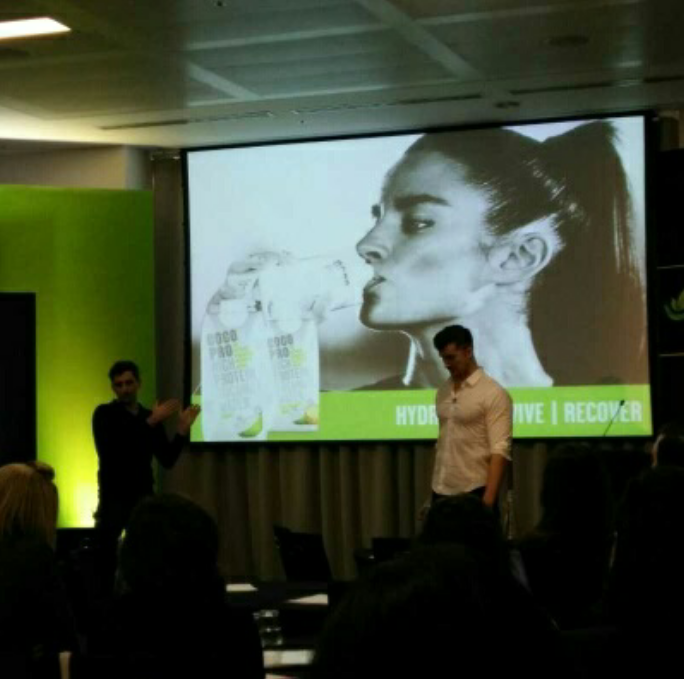 Plant proteins were a common denominator in the different companies when approaching innovation. All agreed on the potential to substitute and supply other animal proteins in the 9 billion challenge estimated in 2050. Yes, as you may know from my first blog on soy.
Nevertheles, some of the companies as Danone and Nestle remembered to the audience that the customers are not used to this new flavours, and the challenge for the industry will be to maintain the taste while pursuing this new innovative blends.
Quorn foods, showed their vegetable meat, line substituting meat protein with vegetable protein, and some of the discussions here were about the future use of insects by the market. In general was accepted as an future option, but none of the brands have decided to give their first step into this market.
In a food summit, of course, there is FOOD
Red Arrow International brough a new technique to smoke meat and fish, producing less contaminants, and improving the safety issues with the actual smoking processes and to prove their validity, samples were also offered during breakfast. 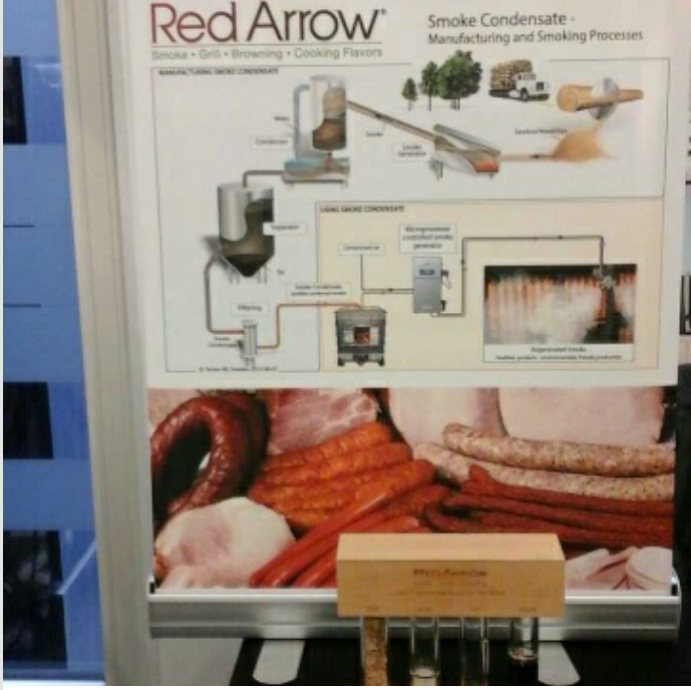 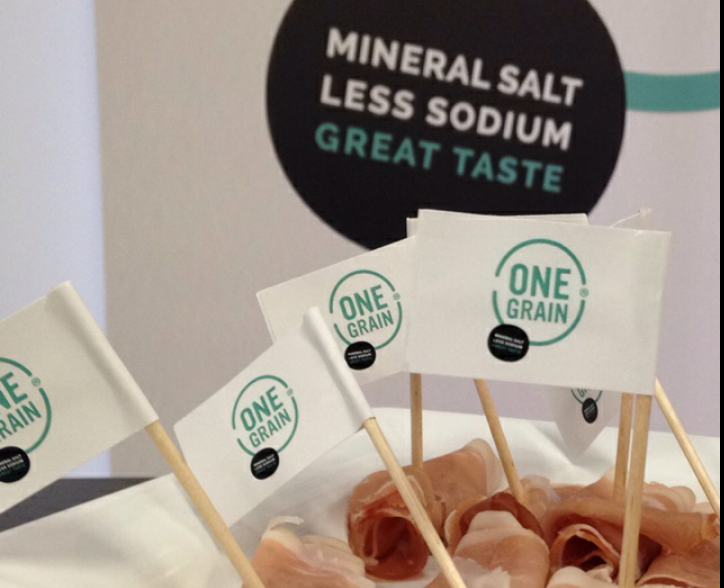 To sum up, the summit brought many interesting aspects in all the fields of food innovation, both in R&D and sustainability, making this congress an excellent opportunity to get an insight in what the big companies are planning to do in the next years.
By Javier Gines Galera