Getting hungry for a sweet treat? 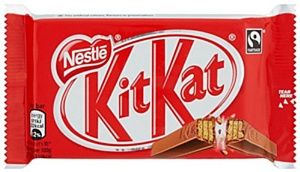 Most of you reading my blog probably get weekly supplies of this delicious treat to satisfy your most crunchy desires.
But next time you have a Kit Kat bar on your hands, take a break and enjoy all the work that takes to produce one, from exotic cocoa from Ivory coast, to wonderful secret recipes owned by the brand, and created only for you.
This post will be divided in:
- The origins of Kit Kat
- How Kit Kat is produced
-The cocoa
-The waffles
-The assembly
On the entertainment section:
- A detailed 6 steps tutorial video from Kourtney Kardashian on how to eat a Kit Kat.
The video actually does show very clearly the different components of a Kit Kat bar and how they are situated in space, once you see it, it will change your life forever. Moreover its pretty hilarious.
- A video showing the opportunities of Kit Kat in the western market with the introduction of new flavors.
Let´s start from the beginning of a Kit-kat bar.
The origins of Kit Kat
Kit Kat was introduced to the UK market with the name of Rowntree’s Chocolate Crisp on 1935 during the gold decade of chocolate. 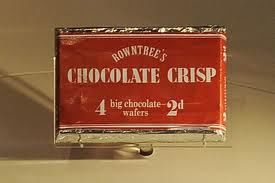 Due to new cost shipment and production adjustments as well as the British society entering a welfare situation during the 30's, chocolate prices fall down enough for them to be accessible to 90% of the population. This situation started the chocolate wars, between producers as Mars, Jerry's and Cadbury.
Demand induced brands as Rowntree, which got later on acquired by nestle in 1937, to empower their chocolate innovation managers, at that time called simply as chocolatier to find chocolate combinations that could bring customers.
And that´s how Kit Kat was launched, a delicious combination of light crispy wafers in smooth milk chocolate.
Only pronouncing this words make it sound even more appealing ...
If you want to see a short video on how people worked in an UK factory in York on the 30's, click here.
The production site I am going to talk about it is situated on the same place, but the installations have been renovated.
In this picture you can see the development of the packaging along the years. 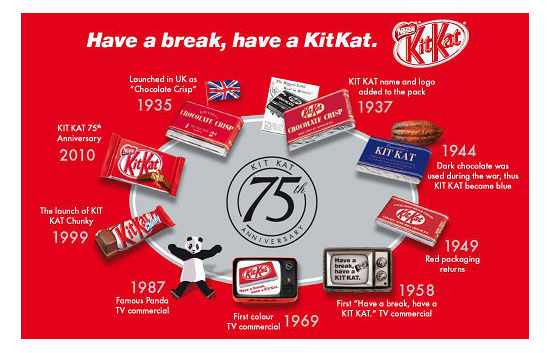 The factory is logistically organized in such an strategic way that all the steps of the supply chain sit close to each other, taking of course out the cocoa trees from the list.
These factories are: Cocoa beans reception and processing which is actually owned by cargill, chocolate factory, where the actually Kit kat chocolate is made, connects directly to the wafer factory which makes the crunchy interior of our bar, and the assembly factory, where both, chocolate and wafer ingredients are put together and get packaged, waiting on a huge store building to be shipped.
1. The cocoa
The cocoa beans come mostly from West Africa, where the recollection occurs in march. The cocoa beans are sun dried for around 7 days, and send directly to the cargill production site in York.
Once the beans are on the factory, they begin a 3h process constituted by cleaning, which allows the beans to separate from dirt, and deshelling, where a series of rolls crunch the beans releasing the cocoa nib. 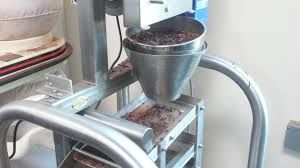 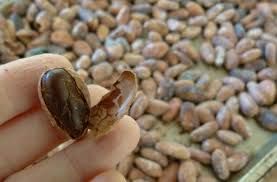 The cocoa nibs now are delivered to ovens, where pressure and heat will release the chocolate treasure, this is, the chocolate liquor. 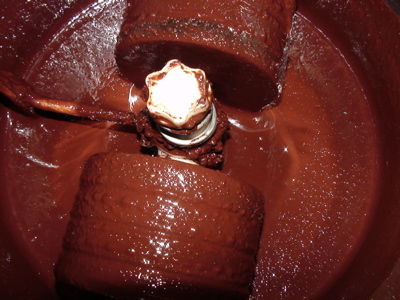 This chocolate liquor contains both cocoa butter and cocoa solids.
After the separation of cocoa butter and solids, the last ones will be recollected as cocoa powder, which you can buy at the supermarket, has a bitter taste, called baking chocolate powder.
The cocoa butter is the fat part of the liquor, mixed with the cocoa powder along sugar, milk, vegetable fats and others to create the different chocolate recipes that we all love.
So looking into what comes into chocolate, actually there are many ingredients. For example vegetable fats on the recipes are used to reduce the cost of the product, between other functions.
The prognostic for 2020 is that the demand of chocolate will be higher than the supply, due to the shortages of both cocoa powder and cocoa butter from the cocoa beans. The reason for this is both the unstable political situation of the producer countries situated mostly on the African West coast , as well as the global warming and the diseases spreading through cocoa trees, reducing the yield and making this crop not economically attractive for the farmers. 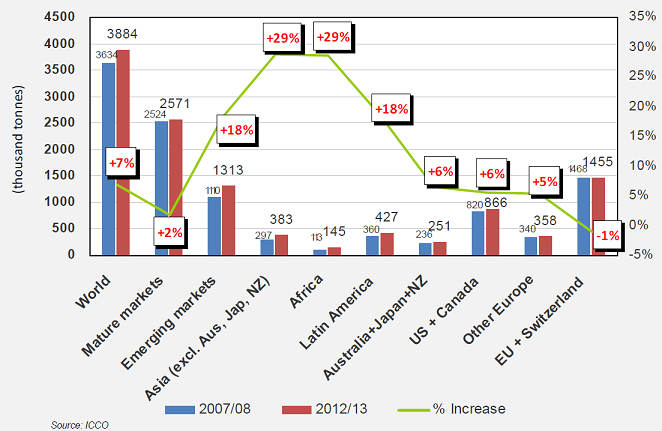 One of the ingredients that can be substituted on chocolate is cocoa butter, this can be used to reduce the price and maintain this commodity accessible to as many people as possible, worldwide.
When introducing vegetable fats, numerous regulations about the labeling enter on play. Depending on the country this rules are more or less restrictive, but for example at European level according to Chocolate Directive (Directive 2000/36/EC), up to 5% of CBE (Cocoa butter equivalent) ingredient can be added, and the product still be called chocolate. In the US, there is not permitted level of CBE without loosing the chocolate allowance.
Is this quantity is higher than 5% or in the case of any American chocolate with vegetable fats, the product could call the product for candy chocolate, while in the ingredients list it needs to state clearly which is the percentage of vegetable oil added.
Companies as Cargill are providers of high value vegetable (as palm oil) oils which range of ingredients provide both benefits of price and as well for example adjustable melting points, making broader the possibilities for the manufacturers in terms of how do they want their chocolate.
Still the limits are boundaries between what and what´s not chocolate will get smaller on the oncoming years as the chocolate transforms into a commodity.
Once ingredients have been blended, frictional heat starts a process called conching, which grinds the chocolate particles allowing them to be smaller, and will give a better mouth-feel. Best chocolates (less gritty feeling) will have longer conching times. At the end of this process a liquid chocolate is formed.
Finally tempering will increase the temperature of the chocolate to make sure it is melted, and then will decrease it to around 27°C, depending on the recipe. After it is warmed again to about 31°C. This reduces the formation of crystallization on the chocolate. Basically crystallization is what you see on chocolate with a grey layer, or loose of shine, making the chocolate to loose its appeal for the consumers.
And now we have our chocolate ready for our bars. 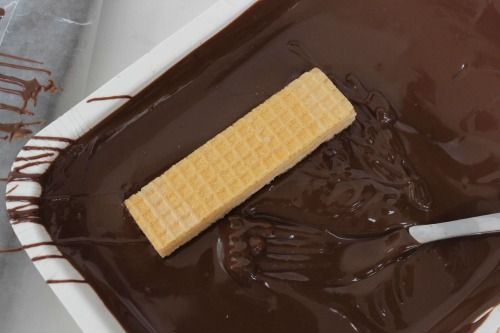 2.The waffles
First flour mixes with water to create a batter, this is transferred on waffle lanes where the batter take the shape of big waffle sheets. Carried into large ovens by conveyor belts, at 150 degrees the waffle is baked. Right after it is cool down to be ready to be covered with the in between wafle - filling. 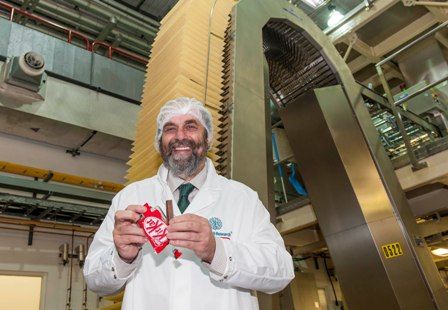 This is done by covering one waffle layer with the filling, and stocking it over another filling covered waffle, lastly you add a non filling covered waffle sheet. It is like making a 3 levels sandwich, where the bread is the waffle, and the hamburger the filling.
You may wonder but what is the filling inside the Kit Kat made of?
The filling in between the waffles is lighter in color, as well as softer and somehow crunchy. It has mashed up Kit Kat on it, in addition of chocolate.
Incredible, right? 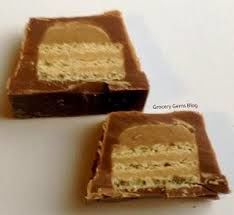 Continue reading on, I will tell you soon why that is a great idea.
3.The final stage: The assembly of the Kit Kat
The chocolate is pumped into molds to create the outside of the Kit kat, the waffles are deposited inside the mold, and a final layer of chocolate covers it. Now in a cool environment, the mold gets separated from the bars by twisting the mold (Imagine when you get the ice cubes out from the ice track, and you twist the mold for getting them out)
And now the secret of the filling is about to be revealed...
After the bars are produced, quality managers take out the bars that have some kind of defect, as bubbles, fractures etc, and they are mashed up and mixed with chocolate to create the filling. Smart 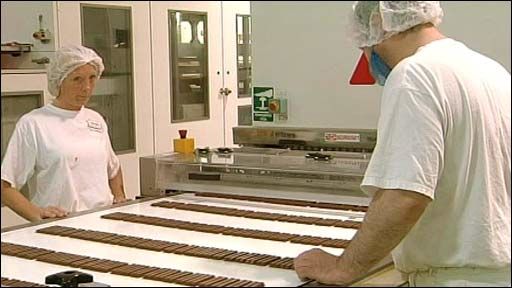 The packaging takes place right after, where atomatically controlled robots take care of the process. 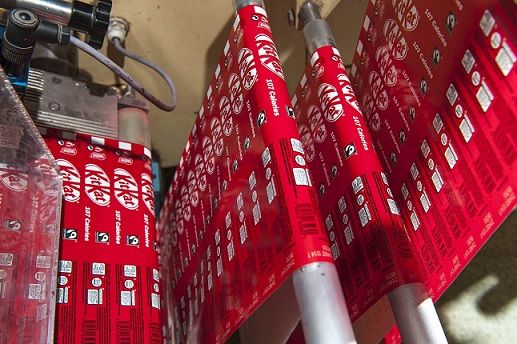 The storage
The packaged bars are moved into a storage building where with the arrivals of orders that bats are moved into the loading area and shipped on an automated way. 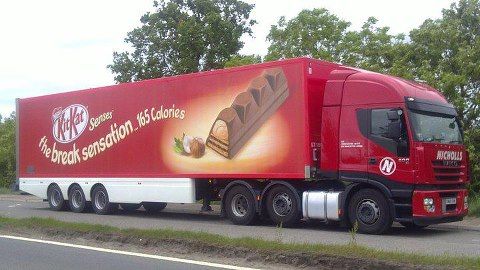 And now we come to be entertainment section, please enjoy the **food science brought by our fantastic guests
6 steps tutorial on how to eat a Kit Kat - Separating the components orf a Kit Kat
Video showing what are the possibilities of Kit Kat in countries as Japan, and that at some point could bring the trend to the western countries
.
Here we have some of the exotic recipes that could some day expand the market opportunities 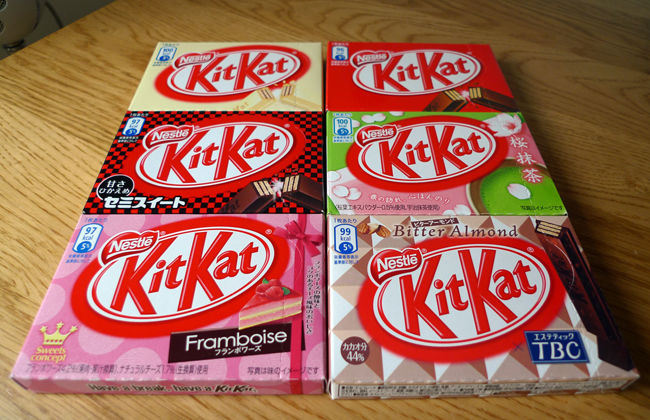