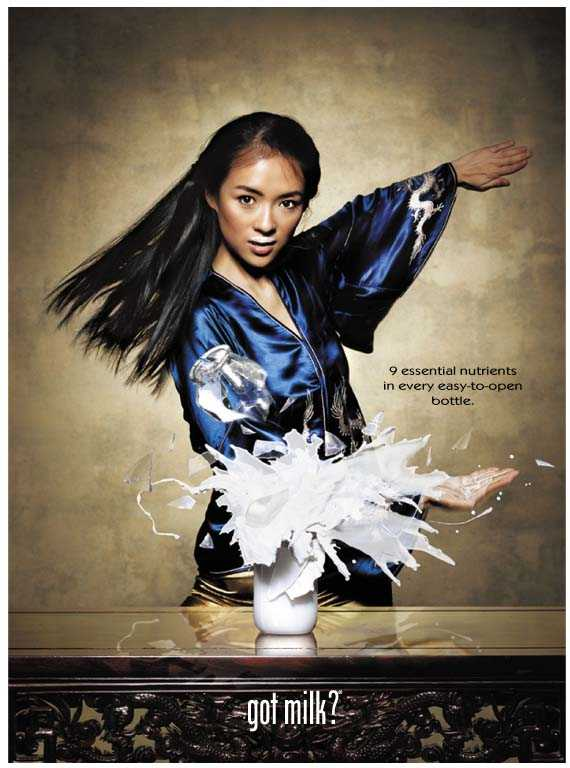 On this article you will discover the role of milk on the future years and it's possibilities.
Despite of the fact that Finland and Sweden lead the ranking of milk consumption, followed by Denmark in the 8th position (FAO, 2011), several reports have also found a decreasing trend on consumption on the northern countries, represented on the following table . 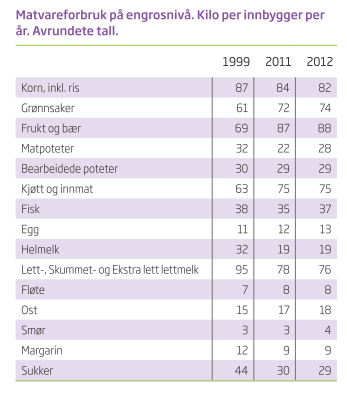 But the economical growth of Southeast Asia is here to rescue the production from dairy industry. According to a report from 2013, Dairy – Milk for the Asean-6 Tigers, which has been following the trends on dairy consumption in Indonesia, Thailand, Malaysia, Singapore, the Philippines and Vietnam, it's estimated that their regional dairy consumption will outpace the rest of the world – second only to China, who of course is the actual leader – by 2020.
New exotic opportunities for the Dairy industry
In Asia, the growth of the middle class, the rapid urbanization of the cities and the better logistic network along with a more informed population make the dairy products a boiling market. The western industry is seen from Asia, as a trustful market with strong safety regulations. Which is one our biggest strengths against cases as the Chinese infant formula intoxication that killed 6 children and sickened 300000 due to melamine (a colorant) added to the formula.
The governments, concerned about the nutrition of their children are starting initiatives as the milk school program in china, but the population pressure for products from overseas, where milk is introduced from an early age making it a staple on the diet, and, on the economy.
Consumers all over the world want a more safe dairy, with the best quality, convenience and value for their families. Denmark thorough their dairies and research is part of this trend.
China is demanding between others, infant formula after the scandals in 2008. Sales of infant formula to China have increased more than ten times over the past decade, and are expected to double again in the next three years. Imports to China are unstoppable. As an example, in the first 11 months of 2014, China imported 884,000 tons of milk powder. And they are still demanding.
Over the past, the only profitable way to send milk overseas was on powdered form, as the long transport time made not possible the transport of fresh milk.
Nowadays the UHT-processing allows the milk to stay stable for a period of around 6-9 months. Investing on resistant packaging and lactose free UHT milk is a sure market for our export industry
The UHT-lactose free dilemma
In some parts of Asia, lactose intolerance can reach the 90 % on the population.
A new market is the Lactose-hydrolyzed UHT milk with high quality and long shelf life. The problem is that the shelf life of this product is shorter than the conventional UHT milk, due to the formation of off flavors that are unacceptable for the consumers.
The processing follows the following schema:
First the UHT treatment (heating the milk above 135°C during 1- 2 sec.) is done to sterilize, eliminating all the possible bacteria and microbes, which allow to maintain the milk unopened at room temperature for several months. This is followed by the addition of lactase enzyme to reduce the lactose content (filtration steps are also done to remove it physically).
This order of the processing protects the milk at some grade from the called Maillard reaction, which occurs between proteins and reduced sugars, which are in minor quantities in milk non lactose treated, in comparison with milk lactose treated, where galactose and glucose are liberated from the breakage of lactose. Galactose and glucose are principal substrates for Maillard.
Maillard reaction is activated by heat, therefore by heating (UHT) before using the lactase, we have lest substrates for Maillard (as we haven't liberated yet the galactose and the glucose on mayor quantities) .
Maillard reaction leads to a complicated cascade of reactions, which final step is aromatic and color compounds, that are not wanted in milk products, in our case our UHT-milk.
But actually this is not the biggest problem for the UHT lactose treated milk.
The lactase used on this processes is normally extracted from fungus as Kluyveromyces fragilis and Aspergillus. But during the purification some other enzymes, as proteases are also extracted.
They are the responsible of proteolysis on the milk, and the liberation of small peptides and aminoacids, that have a bitter taste.
This has as consequence a non profitable product.
Solutions for this problematic are better purification of the enzyme, throw genetic recombination on other species that expel the enzyme to the medium for example. The use of heat resistant lactases, in a way that when performing the UHT treatment, all the enzymes (fx proteases) are denatured except the lactase, etc.
Source: Master in molecular nutrition food tech. Raw Material I. Jette Young (Professor) and Enzymes in food production. Theresse Janson (Ph.D). 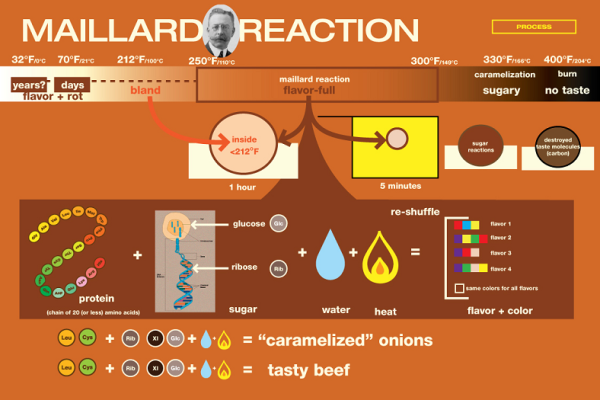 Dairy a strong industry, what's next?
Dairy is one of the strongest industries in the world. Milk is produced everyday giving a regular income to the producer.
Milk is used to produce a high number of different and high valuable products that need a high tech industry to be processed.
All this facts force to this industry to be highly regulated and follow strong safety regulations.
Dairy is a highly manipulable raw material and the industry needs to protect the benefits of the farmers, this will starts to lead towards, the called high value dairy, functional dairy, where value is added as vitamins and extra minerals. along with research into biofunctional peptides as osteopontin where collaboration between industries as Arla and academia (in particular my professor Esben Skipper) will lead the future of milk peptides http://videnskab.dk/krop-sundhed/maelk-kan-meget-mere-end-vi-tror
The dairy boom, have cows a limit? 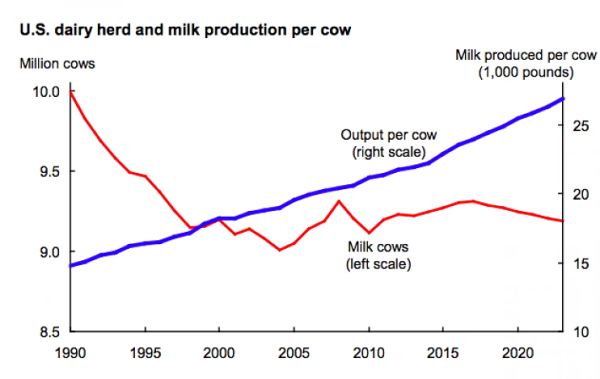 In the above graphic its shown an strong and almost unstoppable increase of milk production per cow, making less the number of cows needed to produce the milk required for industry.
How can this be?
Cows are not equal, herds differ in their capaticty production of milk, and some have been found to produce up to 50000 pounds of milk per year, selecting this cows allow the production to increase from the 23000 pounds a year on average to new levels. Farmers need their cows to be healthy, and live long, sugesting food and even music , to relax the cow improve the yield.
Milk in a lab, it's possible
Basically, milk consists of proteins and fats. "If you look at all the MAJORITY components, less than 20 make milk milk as we recognize it, as part of the taste, structure, color and all the characteristics that you expect when you drink milk," To make milk proteins, what researchers need to do is to convert the amino acid sequence of each of the major milk proteins into a DNA sequence, then integrate the DNA sequence into yeast or bacterial cells. The cells will start producing the milk proteins. Now just add some water and the aromatic fatty acids that give milk its flavour, some minerals and we have milk! The process is similar to the one used to manufacture medicaments as insulin and totally safe. The are endless as we could adapt the milk to the personal necessities and balance the nutrients. For example substituting the lactose with other sugars you can address the Asiatic market. This artificial milk is not intended to substitute natural milk, as many compounds in small quantities are still not identified and make a big influence on the milk chemistry, but it is a way to increase production on a compromised market.
This milk does not required refrigeration or pasteurization and can even be cholesterol free. For more info go to their website http://muufri.com/
But not all is good news, the popularity of lab milk would be though catastrophic news for the farmers who would face millionaire looses, and taking in account that 50% of their incomes come from the EU, less income would make the situation unsustainable for them. Therefore the introduction of artificial milk would bring ethical and economical issues by its own, addtionally to the quotas that are already harming the industry due to the low prices.
The impact of the 2015 milk quotas liberalization
The European farmers are living hard times, with the milk quotas liberalization in March 2015, milk prices have fallen below the price of water, and farmers must survive from state and European subsidies form the European union under the common agriculture agriculture policy (CAP)
But this quotas which still freeze European production to 154.6 million tons per year (20% of the world production) will in March 2015 disappear, restoring production freedom. This reform is part of the European project “Green Europe" . Countries like, Denmark, Ireland the Netherlands, and France are planning their next steps and planning the increase in production throw new capacities: almost all their extra production will go to China.
Danone allied with Arla and Cofco bought part of Chinese Mengniu (Dairy leader in China), while Nestle is creating their own milk farms and instructing top workers on high tech installations. 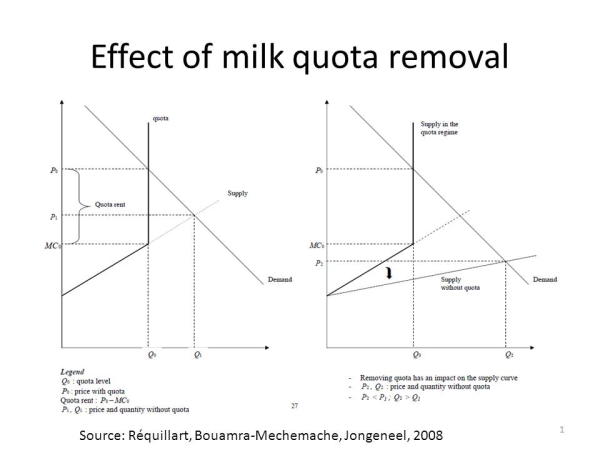 A new modern Dairy China is on the way
Nowadays growing markets as China are thirsty of milk, and our european dairies need to improve the processing from milk to powder milk that allows reduced volume. More sustainable packaging materials will be needed for further extend of the shelf life against oxidation. One serve size format and easy to open and close fitments are on the top of the trends
In the future modern Chinese farms milking is totally robotized, performed in eight rotary milking parlors with advanced cooling and self-cleaning piping systems that are able to maintain high standards of hygiene. Getting the confidence back to China. Additionally farms will also have automated systems for feed control, temperature control, fresh bedding and litter disposal which will lead the high tech farmers all over the world.
The previsions state that Dairy Chinese market will overtake the American one by 2017. Will they begin to export and control the global prices of milk in that moment?
Conclusions
Milk is a principal backbone of the society and the new global challenge is an exciting preliminary of what would happen on the next years.
Will it be lab milk, will be China taking over the Dairy industry? or will it be a change from milk volumes to milk bioactive components as bovine colostrum, bovine lactoferrin and, the emerging shortly, bovine oligosaccharides?.
Just one questions is missing.
got milk?
By Javier Gines Galera